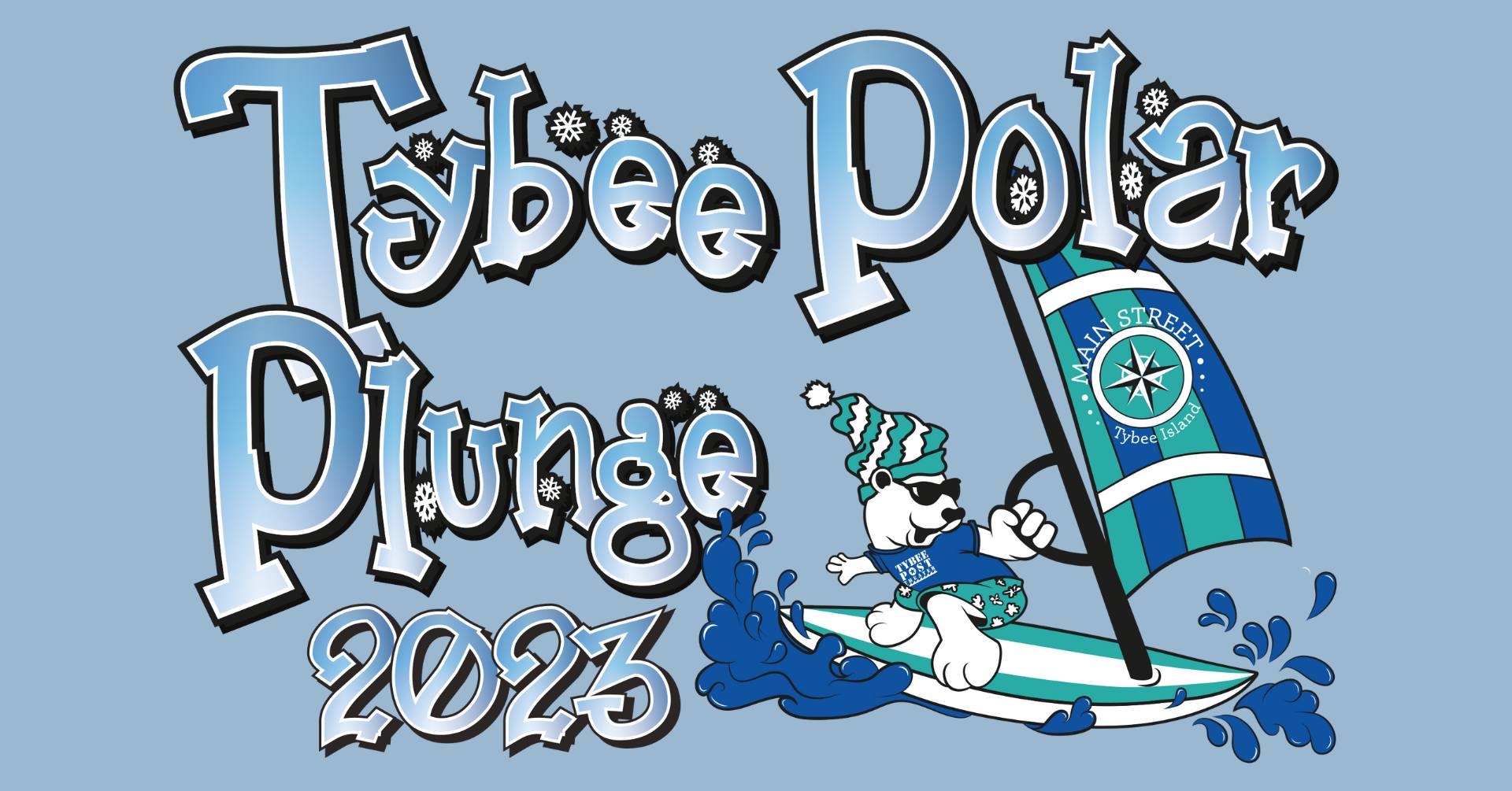 The Tybee Polar Plunge returns to Tybee Island on Jan. 1, 2023!  Join thousands of daring souls and take the plunge into the brisk Atlantic Ocean at 12 noon on New Year’s Day.  It’s a great way for the ENTIRE FAMILY to start off the New Year! Registration comes with a souvenir long-sleeve 2023 Tybee Polar Plunge T-shirt! Register online today, avoid the long lines and be guaranteed the T-shirt size you want!

The fun kicks off with the legendary Gang of Goofs costume contest and parade! So gather up your gang of goofy friends and family, dream up your wackiest costumes and compete for great cash prizes! 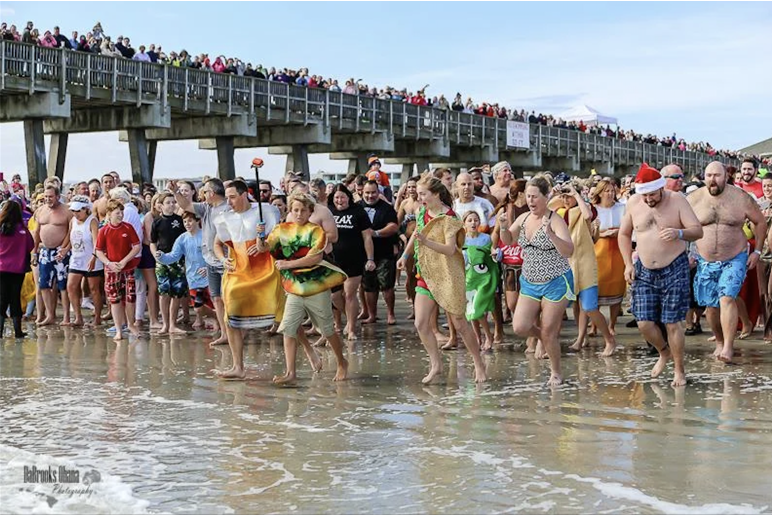 The 2023 Tybee Polar Plunge also welcomes the return of the “Gang of Goofs” costume contest and Parade!

We are looking for groups of at least three (3) or more to dress up in their craziest, wackiest and funniest costumes! The Goofs will parade in front of an esteemed panel of judges to compete for the coveted Le “Gang of Goofs” trophy, which will be engraved with their team name and displayed at the public location of their choice on Tybee Island for an entire year!

The “Gang of Goofs” parade will begin at approximately 11 am at the base of the Tybee Island Pier. The winners will be announced immediately prior to the Polar Plunge.

You may register your team January 1st no later than 10:30am at the Tybee Island Pier and Pavilion.

Gangs will be judged by an esteemed panel of judges at 11:30 am. 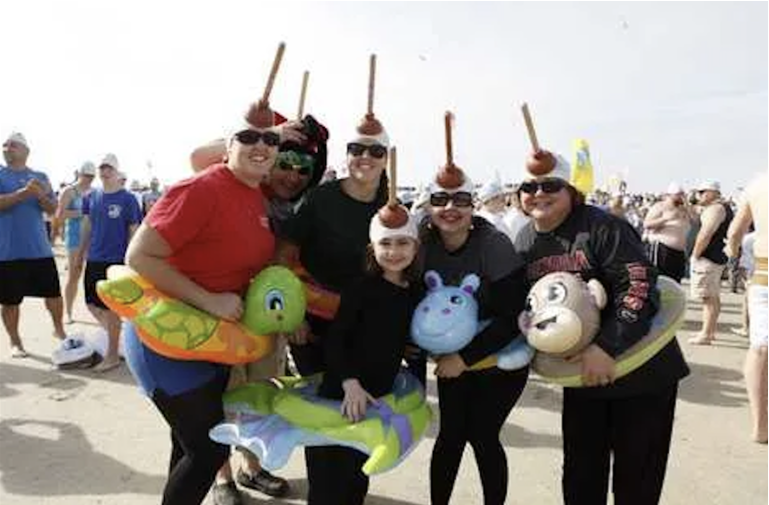 I WANT TO JOIN! WHAT SHOULD I DO NEXT? For more information download the Registration Form and follow the instructions above.

What form of payment will you accept if I register in person? We accept cash, checks, Visa and MasterCard.  Checks should be made payable to City of Tybee Development Authority.

What do I do if I have already paid online and submitted my registration form? You will still need to pick up your T-shirt. Notification will be sent when t-shirts are available for pick up at Tybee City Hall or pick up the morning of the event at the Main Street Tent.

Are Plungers crazy to do this? It helps! But remember, our Plungers are doing this to benefit the Tybee Post Theater and Tybee Island Main Street! Be sure to show up and cheer them on!

Where does all of the money go? All proceeds benefit the Tybee Post Theater & Tybee Island Main Street.

Is my donation tax-deductible? Yes. The Tybee Post Theater and Tybee Island Main Street are a 501 (c) (3) tax-deductible organization.

I have more questions.  Who can I contact? You can either send an email to cassidi.kendrick@cityoftybee.org or call 912-472-5103.